The search for my fully matched unrelated donor is still ongoing.  Whatever awaits on the other side, I give it all to God.

Having bone marrow failure is a solitary road. Most of the time, people I know do not understand what I go through - psychologically, emotionally and physically. Now that my journey's turning point is at hand, I am lonelier than ever. The wait for finding my match feels like an eternity, and I get fearful as my doctor mentioned that the list is winding down.

Yesterday, I got my 14th transfusion.

It has been a struggle to find some type of normalcy in my life these days.

I'm still struggling, but every day, I find something that helps ease my pain and discomfort. At first, I cried a lot. I still cry to let out the fear and stress, but now I've been finding more and more inspiration to fight back.

How do you find peace in times of turmoil?

Today, I share a quote from Maya Angelou. She's been a source of inspiration for me. Ms. Angelou is also dealing with COPD yet this woman is unwavering.

The ship of my life may or may not be sailing on calm and amiable seas. The challenging days of my existence may or may not be bright and promising. Stormy or sunny days, glorious or lonely nights, I maintain an attitude of gratitude. If I insist on being pessimistic, there is always tomorrow. Today I am blessed.
Posted by Kayni at 8:33 AM 4 comments:

I sat underneath a tree and the world kept moving without hesitation.

What they say is true, you can be the loneliest person even in one of the busiest cities in the world.

People I know are out there planning their lives, while I'm planning for the unknown. Does the word "future" still exist for me? On days I feel like shopping, I'd stop myself from buying clothes because I'd question if I'd still be alive long enough to wear them.

I've been crying a lot. I am also scared, but the scariest are still to come. I've decided to push through with the bone marrow transplant (BMT). My doctor said, "Soon, the blood and platelet transfusions will stop working. So it's either you do it or die." I appreciate my doctor's bluntness, as it puts things in perspective.

The past few weeks have been spent consulting with two transplant centers - Baltimore and New York.  I've decided to have the treatment closer to home - Baltimore. The transplant consultations took a lot out of me. My stress and anxiety are through the roof hearing all the new terminology - chemotherapy, radiation, side effects, graft versus host disease (GVHD), isolation, loss of hair, fatigue etc. These will be the words that would accompany my journey.

Difficult as it may seem (and it is really difficult), I try to look for the silver lining:


Sometimes, I still feel this Aplastic Anemia/MDS thing is a dream, and how I wish it has never come to me.
Posted by Kayni at 10:28 AM No comments:

A Summary Of Things

Aplastic Anemia was foreign to me.  I have not even heard of it until it landed on my doorstep.

It was a rainy day. I just started working right after college and I was happy to use my medical insurance and get my annual check-up. After blood work, I drove home hoping not to hear from my doctor. After all, no news is good news; I was wrong. About two hours after I got home, doctor's office called informing me that my platelets are low and I need to see a Hematologist.

That same week, I went to see Dr. M. She performed a bone marrow biopsy; I cried. She gave me a thorough examination then sent me for a CAT scan and a Nuclear Med Scan. She said she wanted to be thorough so that we can find out what's causing my low platelet count.  I was initially diagnosed with idiopathic thrombocytopenic purpura (ITP). It meant I have low platelets with no known cause.

This years I'd call the "sit and wait." There wasn't much that we could do but watch my platelets. At that time, the National Institute of Health (NIH) said that my counts are still stable and I could not qualify for any of their clinical trials.

My platelet counts were now hovering in the 20s. My Hematologist said, "It's time."

I was back at NIH, and the doctors there enrolled me in the Danazol Protocol. The main reason why I was chosen for this protocol is because they suspect that my short telomeres (tails of my chromoromes) are the ones causing my low platelet count.  Apparently, my telomeres are abnormally shorter than what they should be.

The Danazol worked for sometime. The highest platelet count I got was 40, then it was downhill from there.

I developed a Hemangioma on my left leg.

Doctors weren't sure, but they suspected that I have a hemangioma already even before I started taking Danazol.  Suspicion was that, the Danazol encouraged the growth of my hemangioma. Since my platelet count was not improving anymore, they thought the hemangioma was causing my low count.  I had to be taken off the Danazol.  My hemangioma decreased in size almost suddenly.

This year, my counts are the lowest and that's including my red blood cells. I am now needing weekly platelet transfusions and every three weeks transfusion for red blood cells. It's a rough time, and this is also the time my doctors recommended I should push through with a bone marrow transplant (BMT).

I cried. I cried so much that it hurts. Where do I go from here?

I decided to go through a bone marrow transplant. The search for a donor commenced. 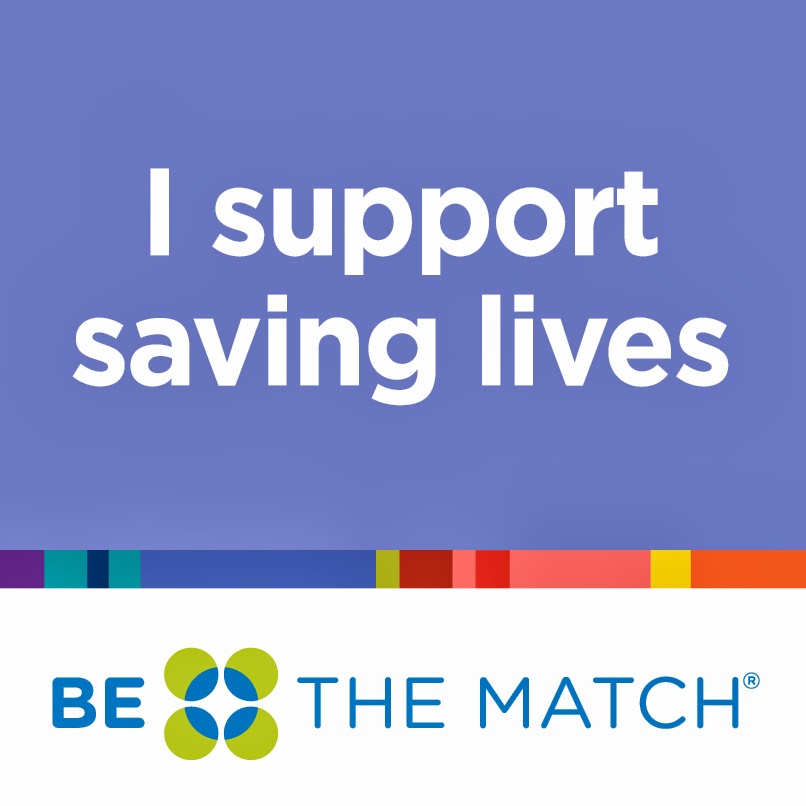